A Guide to Spinning for Guys: Workouts 101 | Style Girlfriend
Skip to content

Workout 101: A Guys’ Guide to Spin Class
It's time to give this hardcore cardio workout a try. 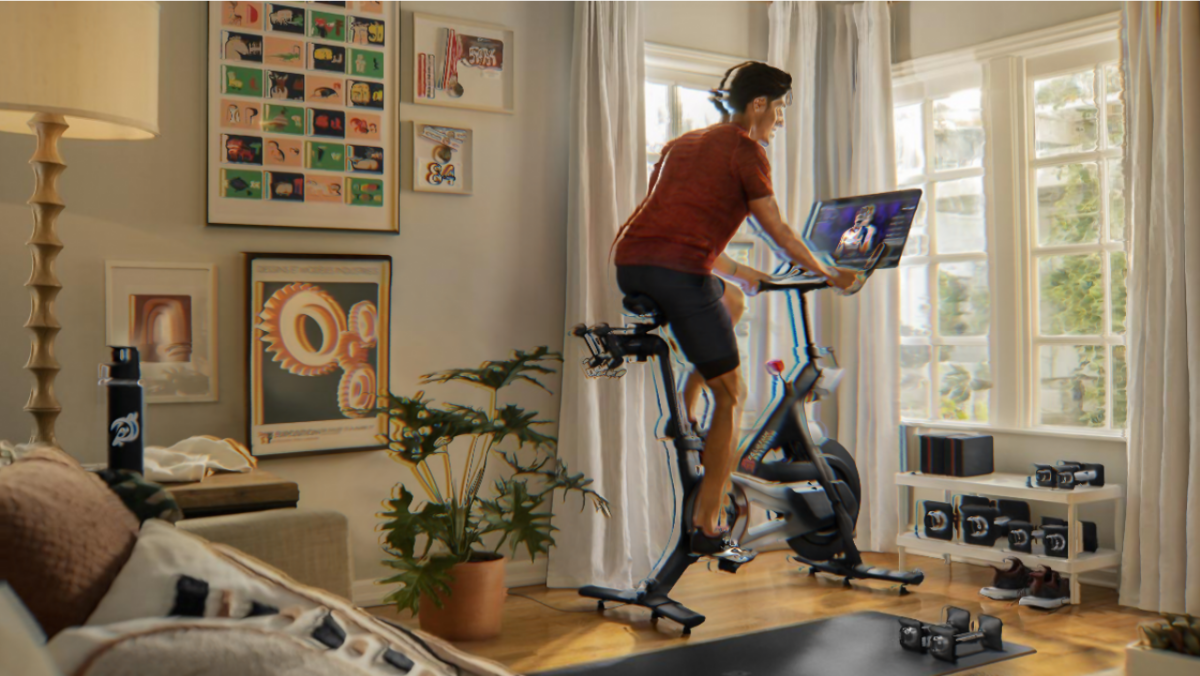 When it comes to confidence, there’s plenty of places a guy can start. For some, it begins with a wardrobe overhaul. For others, it’s tackling a new fitness routine. At SG HQ, we’ve found some guys are reluctant (but curious!) about gym classes. If that’s you, check out #SGapproved fitness activities in our Workout 101 series. Next up? A guide to spinning for guys…

There’s a reason spinning is “so hot right now.” It’s an amazing cardio workouts out there, boasts a hard-to-replicate community vibe (yes, even virtually!), and is undeniably addictive.

If you’re anything like our team, every other day you’re hearing from a friend who just set up their new Peloton bike at home.

If you haven’t tried spin, maybe it has something to do with the bordering-on-cult-ish vibe.

Talk to a devotee, and chances are good it’ll be the most boring conversation you have all week. So if you do get hooked on spin, just remember:

Spinning for guys can be a legitimately bad-ass cardio workout—with an average 600-calorie-per-60-minute class burn, it’s going to get you fitter, faster, than just about anything else.

Below, the intro guide to spinning for guys:

What is a spin class, anyway?

Think of your parents’ old exercise bikes—on speed (pun—sorry.) You’ll clip into the pedals while an instructor guides you through intervals of varying intensity.

You’ll pedal fast with low resistance, which is good for endurance. And you’ll burn fat through training in intervals with high resistance.

Your joints, meanwhile, will thank you for this weight-dropping workout that doesn’t involve pounding your knees and ankles into the ground.

And you get to do this all in a motivational vibe.

In studio, there’s usually stadium seating and low lighting, which means you can suffer (or give yourself a break) in relative privacy. Nobody knows – or cares – what anybody else is doing. Consider it the saving grace of the spin studio.

If you’re riding on a Peloton or other bike that offers streaming fitness classes at home, you’ll be able to see other participants and even give virtual high fives.

Let’s put it this way—I’ve never seen a class with more men than women. But who cares?! With at-home fitness on the rise, guys are getting on the spin bike more than ever before.

Hopefully by the time we’re doing in-person studio classes again, more guys than ever will be clipping in to a spin bike for class.

The most complicated move is “tapbacks,” which – truth be told – I still don’t totally get. It’s sort of like a squat, over the bike seat..and looks about as elegant as I’m describing it. The rest of the time, you’re expected to try to pedal to the beat, but that’s about as complicated as it gets.

Just follow the crowd, and remember: At the end of the day, everyone’s pretty focused on their own ride. Only you really know how hard you’re pedaling, or how you’ve adjusted the tension. It’s not like yoga, where everybody’s sort of looking around for someone to judge. This, you get to do on your own.

Plan on a shower, for sure. Burning up to 800 calories in a small, jam-packed studio can be messy.

What to wear to a spin class

The fewer clothes the better in this heated environment. Skip the sleeves and go for a tank with sweat-wicking properties.

Leave your singlet at home, and simply show up to sweat in workout shorts with a compression lining. Spinning for guys is not be an excuse to haul out all your cycling apparel. Sorry.

You will sweat. A lot. So, if your hair is even a little bit long, you’ll want to pull it back. They keep these rooms dark, meaning it’s hard enough to see the instructor demo the next move. It’ll be even harder through sweat dripping into your eyes.

Do you need padded shorts?

Longer answer? If you’re on a bike longer than an hour (say, out in the real world, biking on a bike that actually moves), then yes, you will want some padding down there.

But if you’re taking a spin class that’s between 30 minutes and an hour, though, you’ll be fine in regular gym shorts.

Worried about chafing? Apply a product that creates more glide before you hop in the bike.

How hard is spinning for guys, really

But again, it’s only as hard as you make it, and it’s easy to find instructors who offer something super hardcore or relatively chilled out. All good instructors will have their own styles.

The biggest challenge might come when purchasing an at-home bike, or at the beginning of the class—when you’re handing over the chunk of change to get in on the sweaty fun.

If you’re ready to overhaul not just your workout routine but your wardrobe, too, Style Girlfriend can help!

Let a member of Team SG put together a personalized shopping plan just for you, your budget, and your body type. Learn more >