How To Give Good Compliments, and Be Better at Receiving Them - Style Girlfriend
Skip to content

How To Give Good Compliments, and Be Better at Receiving Them

How To Give Good Compliments, and Be Better at Receiving Them
A Style Girlfriend Guide 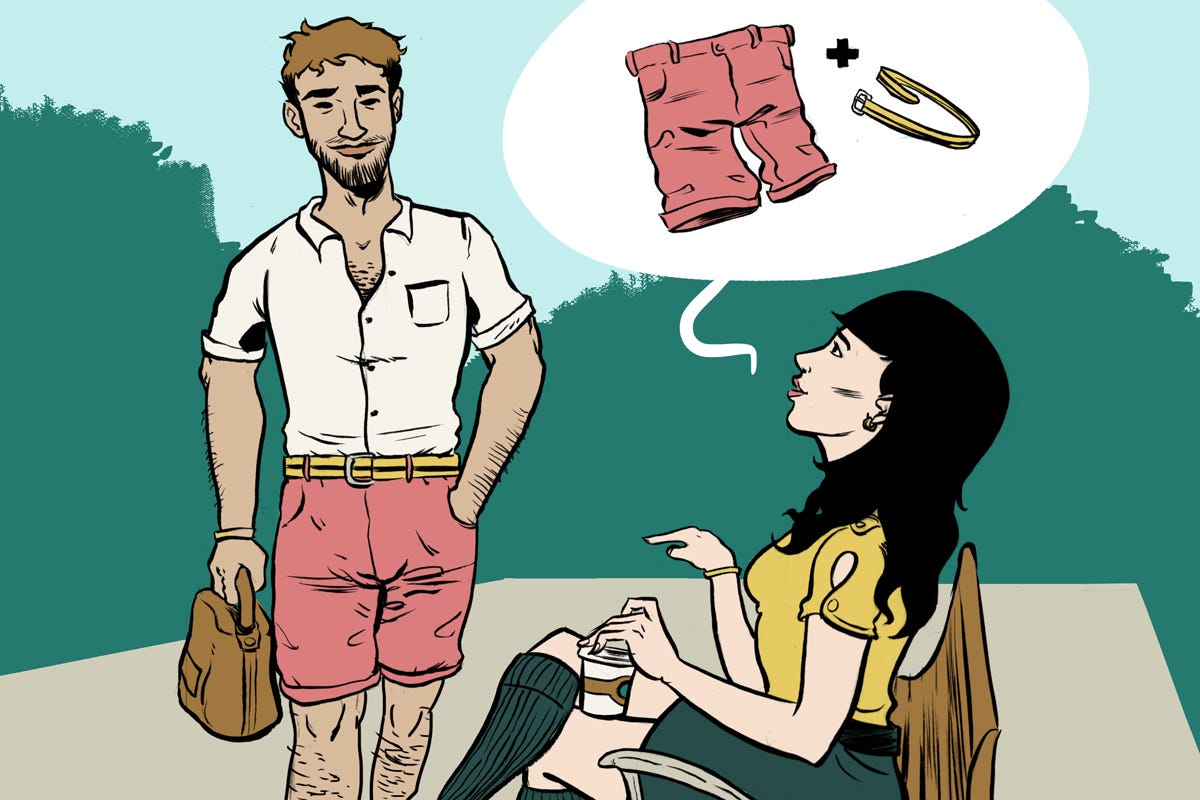 It’s come to our attention that nobody – nobody! – feels totally comfortable with a compliment. We’re not great at giving them. We’re not always good at receiving the with grace. So today, we’re talking about when and how to give compliments, and how to accept them more graciously.

How to give compliments to men

It’s a question heard every day in bedrooms and boardrooms, at bars and in the gym all around the country. Heck, all around the world. Women asking their boyfriends and husbands, but also roommates, co-workers, friends, and strangers in the line at Starbucks for assurance about their appearance.

We want to know what you think about our shoes, our hair, the shade of lipstick we’re sporting. We want to know our whole “look” is working. And we’re not afraid to ask.

But I’m here to tell you: it works both ways.

While us ladies get a bad rap for throwing the Gone Fishin’ (for compliments) sign up pretty darn often when it comes to their appearance, guys want to hear – at least from time to time – that they look good too.

Over the summer, I met up with an old friend while in Wisconsin. As he walked up, I noticed he had on a pair of shorts we’d recommended on Style Girlfriend earlier in the month.

My initial reaction was one of pride. I figured that he must have bought them based on our suggestion here. When he didn’t say anything about them, though, I quickly berated myself for having the audacity to think that I’d influenced anyone’s shopping habits (you know, like an influencer), let alone a good friend who has never really mentioned my site but in passing.

In belaboring the whole situation in my head, what I never thought to say was this:

A few days later, I saw him again. He asked about work, and then said, “Those shorts I had on the other day were ones you recommended.”

“I noticed!” I shouted too loudly at him. “I meant to say so! You looked great!”

I tried to play it cool, as my days-late compliment hung in the air. He looked at me with eyes that suggested a bit of betrayal.

“Sure, sure. I doubt you even noticed.”

My intended style high-five, downgraded to a weak wave.

What was he supposed to do anyway? Gesture in the direction of his crotch-to-knee area and go, “Eh? Ehhh?”

No, this was on me. I noticed that my friend had on stylish shorts – not just nice shorts, but shorts I had recommended here on Style Girlfriend – and I didn’t say anything. I should have, I meant to, but I didn’t. We were at the zoo, my niece was running around, it was hot out.

After a few more minutes of my back tracking – complimenting his new haircut, asking where he got his shoes, I think he felt better. I didn’t, though. I missed a perfect opportunity to pay him a sincere compliment, and I totally dropped the ball.

>> Pssst, don’t know how to tell if a woman likes your outfit? Read this

So, what’s the takeaway when it comes to how to give compliments?

When you notice someone looking nice, say so! Even if you didn’t recommend *any* part of their outfit on your internationally-acclaimed men’s lifestyle site! If you think they got a haircut, ask. If the shoes they’re wearing look brand spanking new, point them out. It can only make the other person feel good to know their effort doesn’t go unnoticed.

What about when you want to give a compliment to a woman?

To give a compliment to a woman is a tricky endeavor. Trust me, I get it. As the recipient of SO MANY compliments EVERY SINGLE DAY (just kidding, gross), some flattery lands while other bon mots really, really don’t.

If guys focus too much on the physical, they run the risk of being brushed off as just trying to, well, you know. If the compliment is too broad or general, she’ll wonder if you’re really paying attention.

But don’t despair! Women do like compliments, and they’ll like yours if you consider a couple simple guidelines.

How to give compliments to women

Let’s be real, even the most genuine compliment can sometimes come off sounding…a little cheesy. “Your eyes look lovely in the moonlight.” Like, maybe barf, but maybe sweet?? In today’s cynical culture, I worry the needle on our collective bullsh*t meter’s been broken. I can’t quite put my finger on it, but I somehow blame Ryan Gosling.

Before you hit her with a standard, run-of-the-mill compliment stop and think for a second about what’s triggering you saying it. Meeting for the first time on a date? Did she ask, “How do I look?” about a new dress?

Don’t give a compliment just to give one, but if you’re really feeling appreciation for her, or want her to know how you feel, be honest with yourself and with her. Women can tell the difference and will appreciate the gesture.

When it comes to giving a really good compliment, the more specific you can get without sounding like a total stalker, (eg: “You looked so hot in that blue sarong on your trip to Aruba I saw on Facebook from 2012!”), the better.

Why? It shows that you care enough to pay attention. If she requests a song at the party you’re both at, try: “Hey, I love that you asked for [insert song here]. You clearly have great taste in music.” Does she have a really cute laugh? Tell her!

Watch the video below for Team SG’s tips on how to compliment a woman:

P.S. Now that you know how to give compliments and receive them, why not work with Style Girlfriend to update your wardrobe? You’ll be ready for all the ooh’s and aah’s that are sure to come your way. Learn more here!