How to Know What You Want From Life...and How to Get It | Style Girlfriend
Skip to content 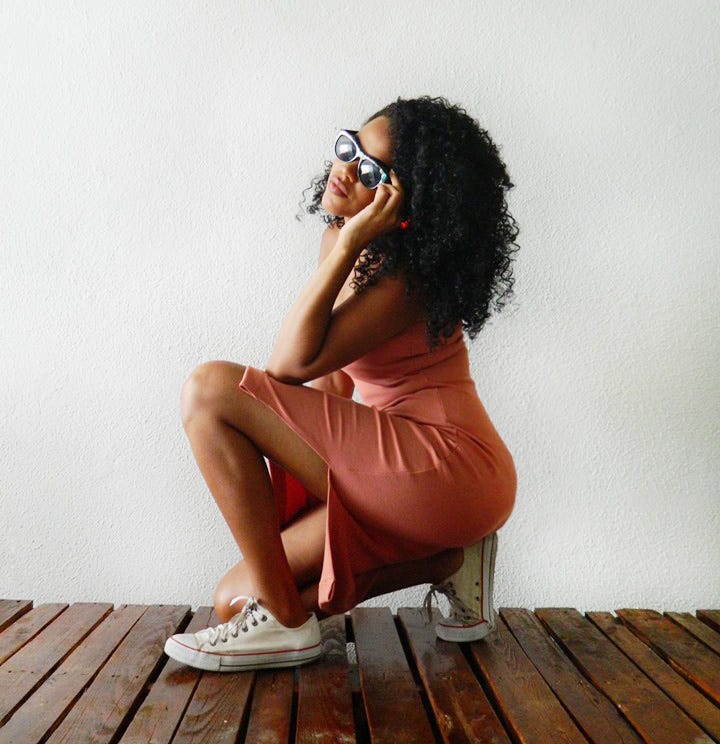 Quick: How many kids do you want to have? What type of music do you like? What’s your favorite type of whiskey? Who’s the best Ninja Turtle?

Got answers for all of them?

Plato said, “An unexamined life is not worth living,” and I tend to agree. It’s only in striving to know and understand ourselves do our lives have any meaning or value. Or, put another way, if you don’t know what you want out of life, how will you know when you get it?

Not too long ago, I had a mind-numbingly frustrating conversation with the male friend of a friend. Four of us were on a long car ride and as he and I rode along in the backseat, I passed the time with a 20 Questions/This is Your Life/Oprah-style interview, as I’m wont to do.

Question after question, this guy couldn’t say definitively what he thought about…pretty much anything. From small preferences, to big ones like what he wanted for his future.

For instance, what kind of woman was he looking for in a relationship? What attributes did he hope she’d have? Would she be career-focused or homemaker-minded? Share similar religion or political views?

Does he want kids? (spoiler: I saw up-close that he’s great with kids and am 100% certain he would be a dad yesterday if he could)

He mentioned wanting to get in better shape. What has he been doing for exercise?

“Well I’m not really working out right now. I know I should. I want to join a gym maybe…”

How is work going?

What is it he wants to do?

So, does it surprise you to learn this man is currently single, in a job he doesn’t seem to enjoy, in a body he’s unhappy with, and ultimately, a life he seems to not altogether embrace?

I don’t mean to single him out; there are plenty of guys out there just like him. Guys who want to leave their options open and their vision boards empty so that..well I’m not sure why. So that anything can happen, I suppose, though I wonder if it ever does.

Because, in my life, I’ve found you have to know what you want to go and get it.

To this guy, and all guys like him, then, I offer my own hard-earned wisdom.

Below, three reasons for getting clear on what you want out of life ASAP: 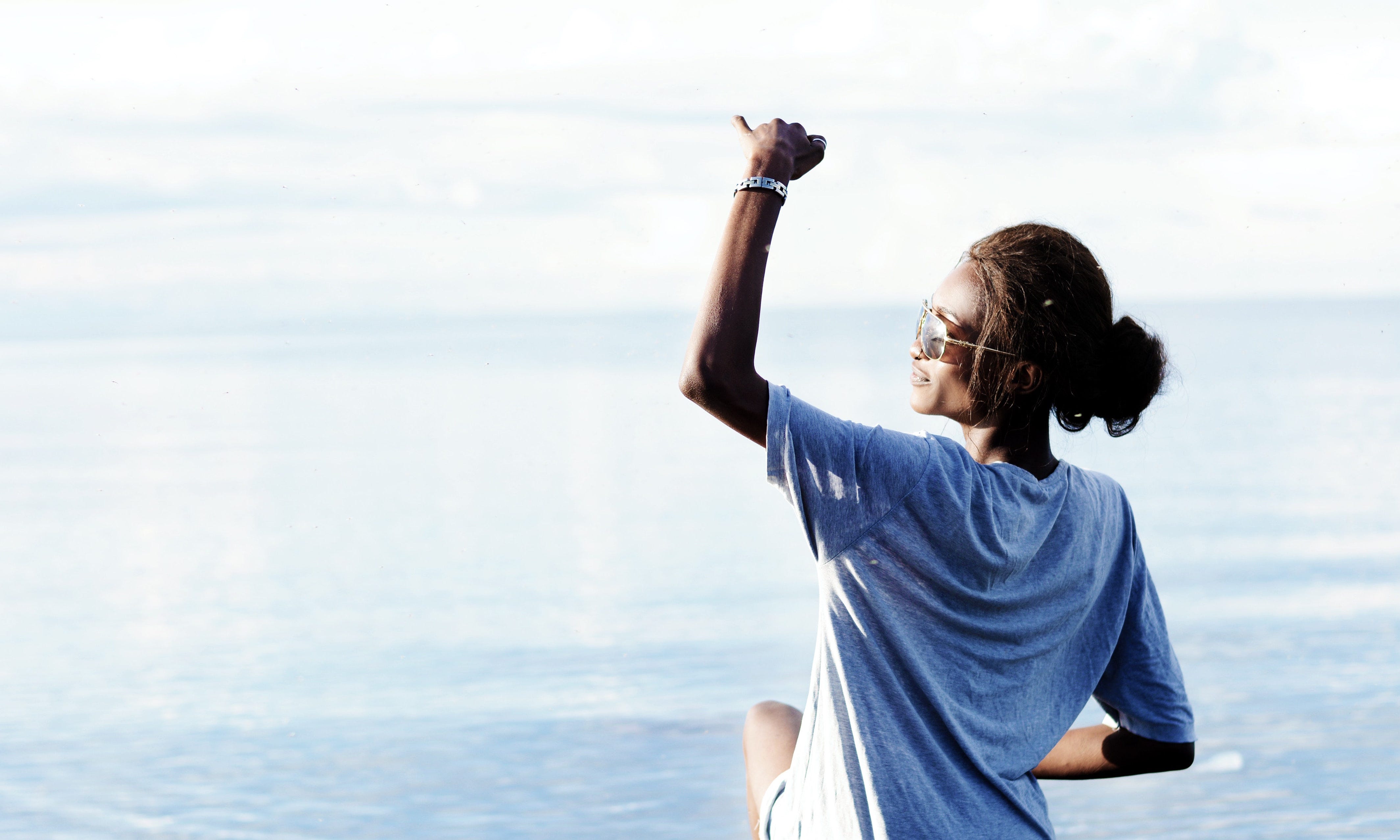 Reason #1: You’re more likely to get what you want

Think about any goal you’ve had – whether it’s getting into your dream school, running a marathon, or landing a promotion at work.

Did you identify what it is you wanted, then sit back on the couch, kick your feet up, and say, “Hope that works out!”

No, if you really wanted it, you made a plan. You reached out to alums asking for recommendation letters and made sure your application was full of impressive extracurriculars (hello-o-o-o Model U.N.!). You created a training schedule and stuck to it. You met with your boss to clearly define the expectations at the next level up so you could come prepared to your mid-year review explaining exactly how you met and exceeded them.

Things that take work don’t come together without planning and execution. It’s how you get the job you want, the body you want, and ultimately, the life you want.

Now, does all that prep mean you’re guaranteed a spot in the graduating class at your dream school? Or to hit a new personal best closing in on mile 26? Or even that Dylan, the boss’s slacker nephew won’t beat you out for that promotion? No, but you’ll get closer than you would by just showing up and hoping for the best.

Of course, if you stan a blonde and then meet a total Veronica, it doesn’t mean you’ve missed the mark. Sometimes you’ll surprise yourself, especially when it comes to ticking the more superficial boxes on your life plan checklist.

But it’s much easier to compromise on the guts of what you want—two kids when you want five and she wants one—than it is to find common ground when you haven’t spent time thinking about the big stuff at all.

Reason #2: You’ll be happier when you get it

How can you rest on your laurels if you’re not sure you got what you want?

At Style Girlfriend, we utilize the system of KPI’s for measuring performance. Did we increase our Instagram engagement by 20% by October 31 or not? Did we decrease our bounce rate by 15% by Q4 2018?

Without attaching quantifiable measures to your goals, how will you know what success looks (and better, feels) like?

We’ve talked about the paradox of choice before, how more options often lead to a less satisfying outcome. And in the age of internet job sites and online dating apps, it can feel like there’s way too many options to ever be happy with where you land.

But if you decide now what you want and stick to going after it, you’ll eliminate options that meet your metrics. If you are looking for a nice Jewish girl from the tristate area who’s close to her family and wants kids in the next five years, and you find her…woo hoo! You are the luckiest dude on earth. Get to marrying her asap.

The philosopher Seneca called this euthymia, the tranquility of knowing what you are after and not being distracted by others. You’re not chasing down every choice that pops up in your life—from a job across the country when what you really want is to be near family, to a sexy but slightly unhinged Tinder match—because you’ve made a conscious decision to let those opportunities go.

If, on the other hand, you throw it out to the universe that you’re looking for…someone, well, will you really recognize them when they show up?

Reason #3: Having opinions about what you like, what you want, and what you want more of in your life is super-attractive!

When you share an opinion, from your favorite cocktail to the color you plan to paint your front door, it shows intellectual curiosity and thoughtfulness. Women see you’re living your life with intention, not taking whatever comes your way. That’s sexy.

A guy with definitive opinions asks a woman out for Tuesday, at 8 at “this little cocktail spot” he knows. He doesn’t offer a mealy-mouthed, “Hey, it was cool talking to you. We should hang out sometime…”

For all this talk of strong opinions, there are of course plenty of occasions when “I don’t know” is a great answer. When a lack of a preference is good.

Say, when someone asks what you think about the career prospects of your favorite comedian or athlete recently accused of sexual misconduct. That’s a great time to admit you’re unsure of what ought to come next, and to solicit the feedback of those who could more easily put themselves in the shoes of the reluctant accusers, rather than the accused. (Pssst, I’m talking about women. Ask women.)

So when guys can intelligently discuss topics ranging from gun control to the best Winter Olympics sport without preaching or mansplaining or monologuing, that’s a good thing!

That said, I’d still prefer someone to come into the conversation armed with thoughtful talking points (i.e., “I’m for it” and “Luge, obviously”) so long as he’s willing to entertain another perspective. Namely, mine.

WHO IS THE BEST NINJA TURTLE AND WHY?

AND DUH, ALSO, WHAT DO YOU THINK ABOUT THE IMPORTANCE OF HAVING OPINIONS?!