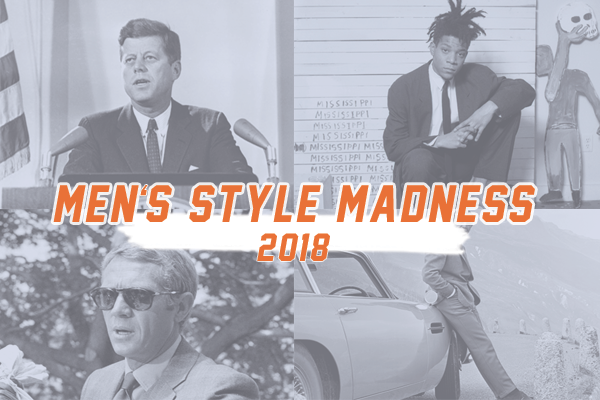 That’s right, The slightly smaller than the considerably bigger dance kick off this week on SG! Not sure you’re ready, but like we said, the dancers and cannons are already here, so you might as well get excited. 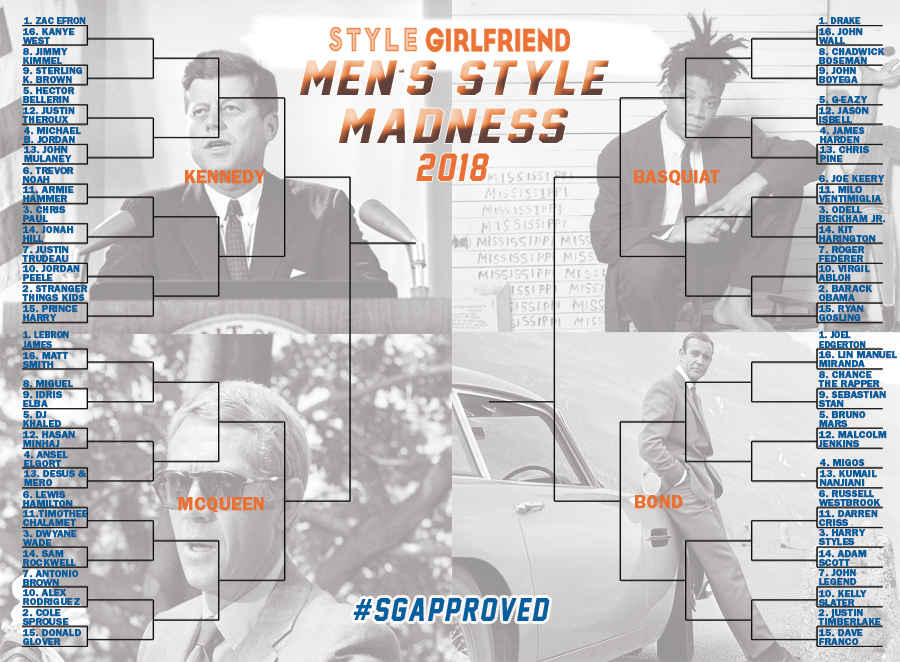 This being our fourth-annual (!!!) SG Madness tourney, you probably know the rules, but let me remind you of them anyway.

If you notice any style stars you stan for missing from the group, there could be a couple culprits:

1) You’ve gotta be “out there” to be in SG Madness. Meaning? We can’t put you in contention for the title if you weren’t photographed enough in the past twelve months for us to rustle up some good pictures of you from the interwebs. So if your favorite well-dressed celeb isn’t in the bracket above, that might be why (see: Malek, Rami).

2) There are a few celebs who are absolutely revered for their style….on other websites. Not ours. If our team isn’t turned on by someone’s LEWK (ahem, looking at you Shia), we’re not including them. We’ve never said this is a democracy…

…And 3) we decided that anyone accused of sexual harassment this year was automatically disqualified. Sorry not sorry.

In each region—Kennedy, Bond, Basquiat, and McQueen—you’ll see actors, musicians, politicians, and celebs who we can’t quite explain why they’re famous but dress stylish as all get out. Folks are then randomly organized into brackets, and from there, we ranked contenders according to their Instagram following. Those not on the ‘Gram were ranked in descending order from there.

That’s why someone like Kanye West got such a low seed (he deleted his Instagram account…again), and a sort of rando like Joel Edgerton got a #1 seed. So many Edgeheads! Who knew?

This is a single-elimination tournament voted on by you, the Style Girlfriend readers. Think Elba deserves this year’s top spot? You gotta vote. Want to see Justin Trudeau and his snazzy socks go all the way? Vote, then tell everyone in the comments why they should vote for your favorite, too.

We decided to make things a little more interesting at SG HQ this year by drafting our favorites. Gabi’s got Ryan Gosling (“It’s his year!”), while Taylor went all in on Armie Hammer. My money’s on Michael B. Jordan.

Expect us to make strong arguments for our respective favorites. There may be money involved.