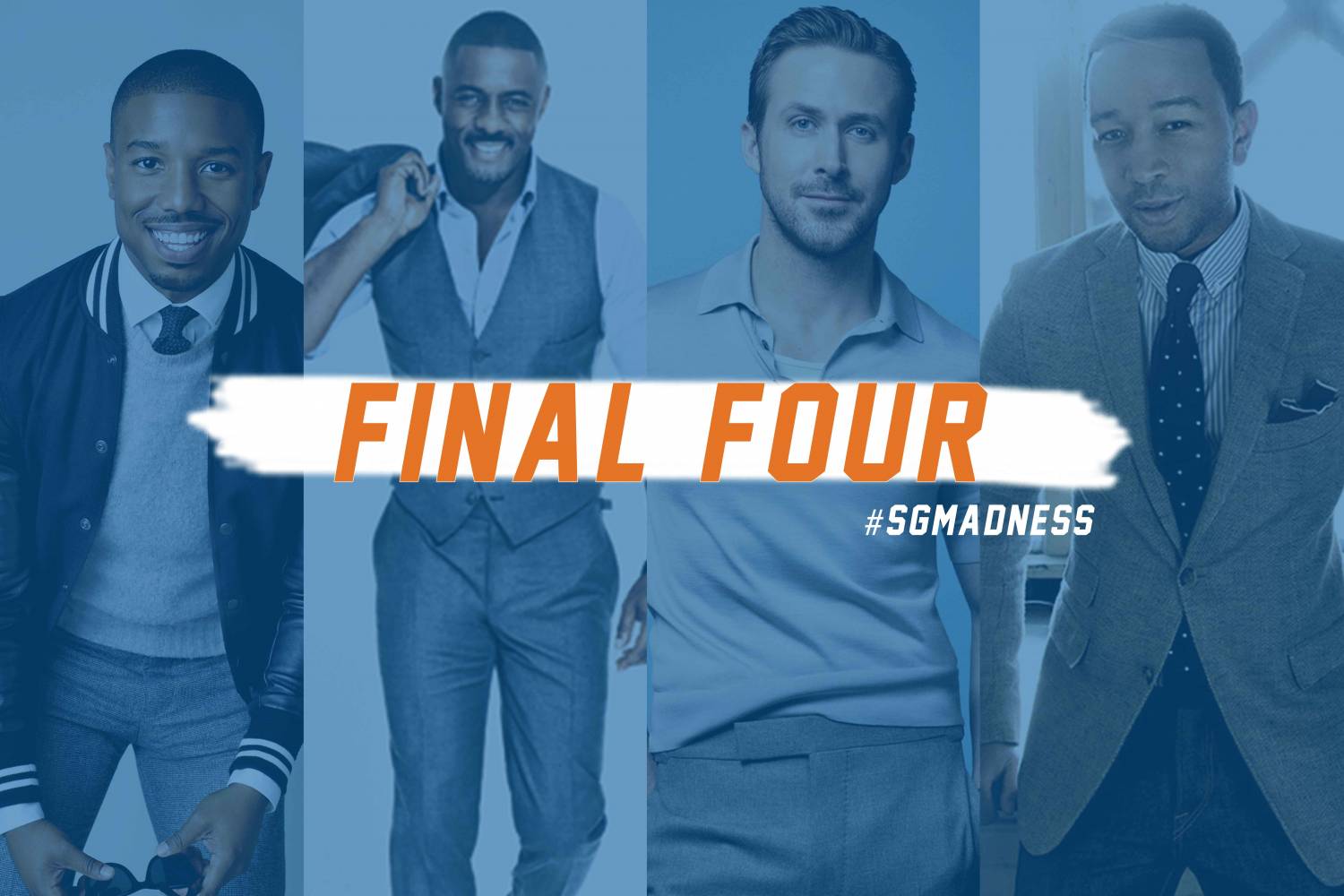 You’ve only got two votes today, so choose among these most fashionable male celebs wisely. And tell us below, who do you think ought to face off in Monday’s championship?

Michael B. Jordan vs. Idris Elba 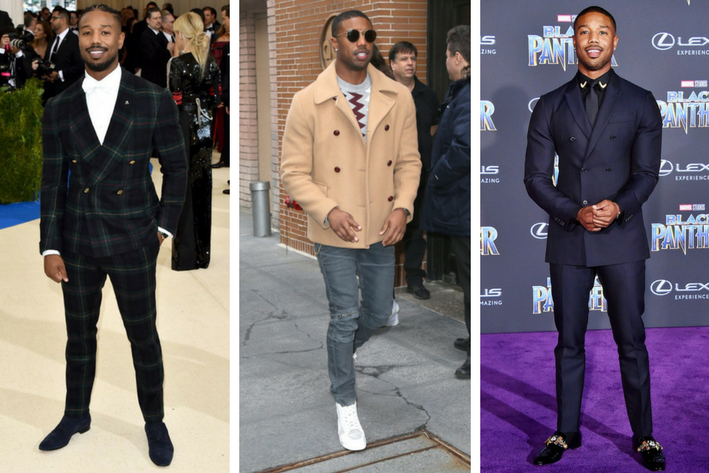 Interestingly, Jordan is the only fresh face to make it this far. If I had to guess why, I’d say it’s because:

So, is it enough to get him past… 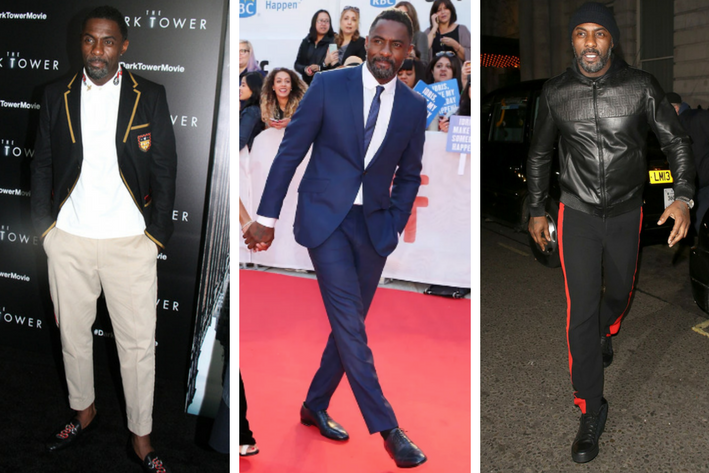 Last year’s second-place finisher (to dark horse winner Jeff Goldblum) has had a pretty easy go of it this year. He’s certainly earned his place in the Fashionable Final Four, but I’m curious if his relative absence from “the scene” this year will hurt him?

After all, MBJ was showing up all over the globe dressed to beat the band for Black Panther, while Elba was…in that plane crash movie with Kate Winslet? Which…no one saw? Doesn’t mean he didn’t look good doing it, though. 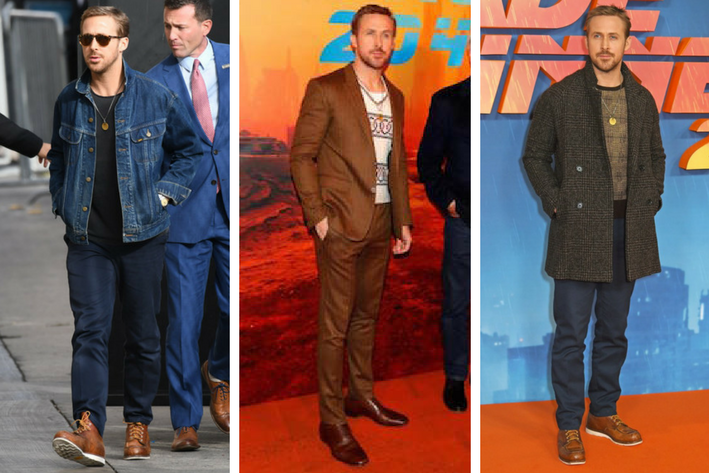 Gabi’s pick Ryan Gosling overtook Chris Pine in the Elite Eight (if only he’d started showing up in overalls sooner, maybe he’d still be fighting for the top spot?!), but can the Gos make it to the final showdown?

Like Elba, Gosling wasn’t as out there as some other contenders this year, but I can’t deny the guy’s got style. Even if Blade Runner bombed, seeing what he shows up to press junkets wearing is more fun than not getting to see him at all.

The real question is, will it be enough to help him topple his competition…. 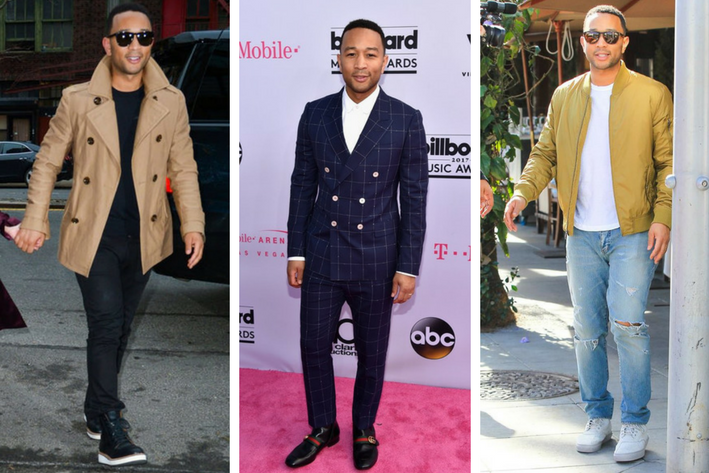 And wow, I mean, I don’t want to guide your voting here, but are you literally going to vote against Jesus?

No, jk jk jk. Vote however you like, for or against this SG Madness mainstay.

Here’s what I will say about the singer’s style: I’ve always felt like Legend is the friend who makes you rethink what you’re wearing when you find out he’s going to be at a party or a dinner you’re going to, because you know that he’s going to look really on-point and it winds up making you step your own game up.

You’re not mad at him for it, because it gives you an excuse to be a little fancier than usual, but also it’s sometimes like, man, do you not own even one pair of ill-fitting chinos that you have to wear when everything else is in the wash? Phew!

Not sure if that was supposed to convince you to vote for or against him, but here we are!

WHO DO YOU THINK WILL FACE OFF IN MONDAY’S CHAMPIONSHIP?